Karuna Connect | Improve Your Mindset With this Key Practice
898
post-template-default,single,single-post,postid-898,single-format-standard,ajax_fade,page_not_loaded,

Improve Your Mindset With this Key Practice

Home>Practice >Improve Your Mindset With this Key Practice 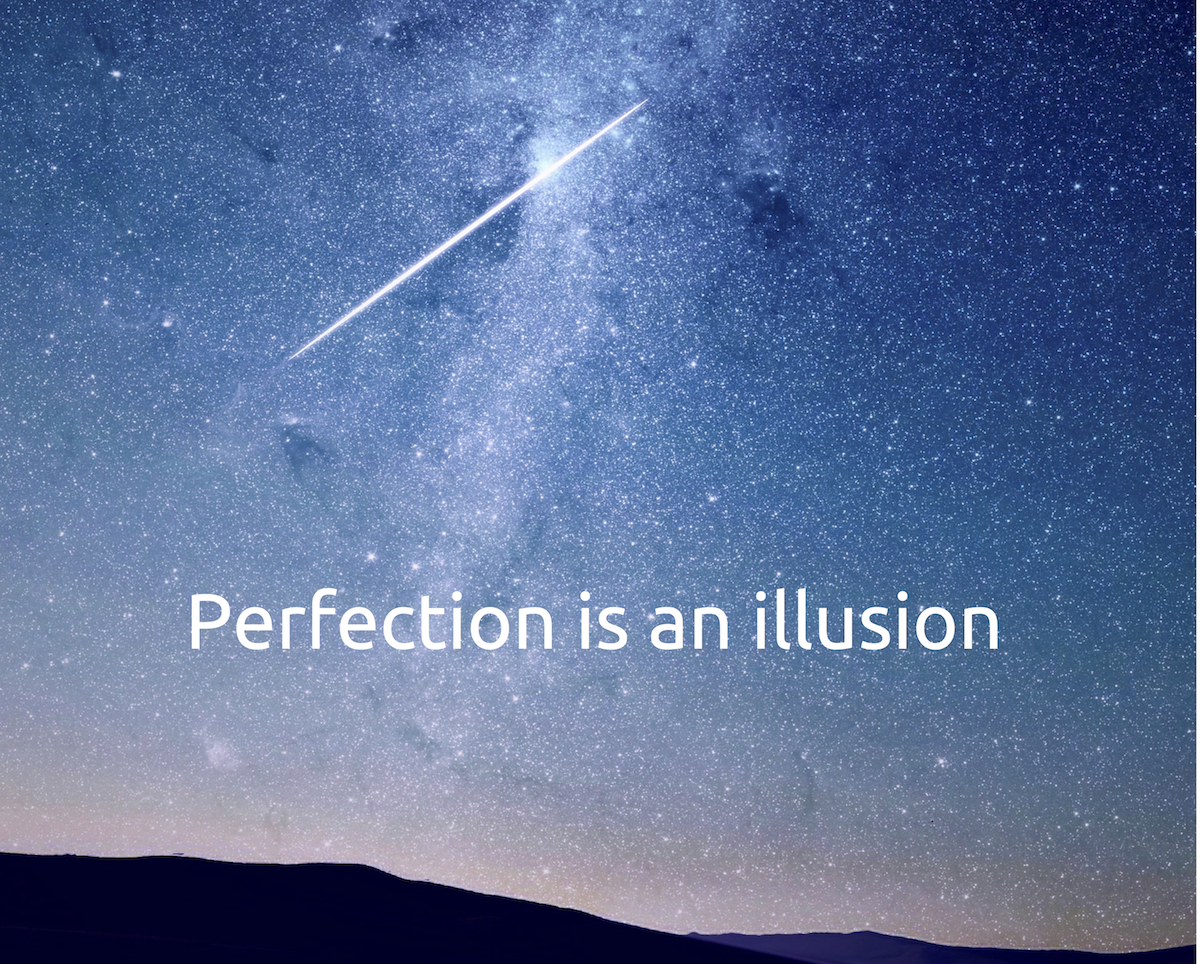 Improve Your Mindset With this Key Practice

I was on my way to my first court appearance. Newly minted baby attorney. Passed the California Bar and sworn in the week before. I was terrified. So terrified I was practicing saying my name because I honestly thought I might forget it. Visions of my mind going blank were all I could see – what a horrible feeling.

You see, I wanted everything (meaning me) to be perfect. If you are honest, most of us high achievers or want-to-be-high-achievers (the Super-hyped type A’s), expect ourselves to be perfect. You might say a good bit of arrogance comes with the territory. Deep down we know we are not perfect, as no one is, but this does not stop our constant expectation that we (and those around us) will live up to an impossibly high standard. It’s a matter of control, really, if we control everything to perfection no one will see our humanity.

The standard of perfection is incredibly unforgiving, and learning to accept our human imperfections and inevitable foibles is essential to not burning out. Work hard and do your best- yes, always- and, remember nobody is perfect. None of us are: we are all simply human. If you can learn to practice letting go of perfection, you will have mastered a key to happiness, increased creativity and competence.

Life Will Bring You the Challenges You Need to Grow

Most people who know me would find it hard to believe that I was so terrified of screwing up in court – to the point I thought I would forget my name. I do not come across as shy, reserved or afraid to speak in public. I am not, anymore. When I entered law school I had no intention of becoming a trial attorney or litigator. I wanted to be a trusted advisor, safely in an office out the court and off stage. That was my plan.

Thank God for a partner at my first firm who realized I had a personality that belonged in a court room advocating for others. Because of her I was forced over and over again to give up on the idea of perfection – no matter how much preparation – and speak to the best of my ability in front of judges and a whole host of individuals. Much to my consternation, she made my job offer after my 2nd year summer law clerk stint contingent upon my joining the litigation group. It was the mid 90’s and good law firm jobs were in short supply, and I had a boatload of student loans. I shook my head, took a deep breath, signed the offer and sent it off.

Now I found myself sitting in L.A. traffic repeating my name. Crazy – what had I been thinking? How had I gotten myself into a position that required publicly advocating for others? The court appearance was minor (of course) – my firm would not have let me go on my own for anything substantive at that point. I was covering a Status Conference for a senior associate who was working on a deadline.    All I had to do was ask for another 60-90 day extension – a matter of routine in those days.

One catch, the senior associate was not certain what department the case was in – things were in a bit of flux as the courthouse was under repairs. He told me he thought it was in “x” department but it might be in “y” or “z”? “Just check on the docket sheet and you will be fine,” he said. Right. So, I did. With butterflies in my stomach, I found the name of the plaintiff on the docket, stepped into the packed courtroom and checked in with the Bailiff. Eventually the Judge called the matter.

Remember to Breath: Who Changed the Script On Me?!

I remembered my name no problem (of course) and then listened as the Judge gave his tentative ruling. Tentative ruling? I thought this was a Status Conference? What is going on? I was in a TRO (Temporary Restraining Order) hearing. 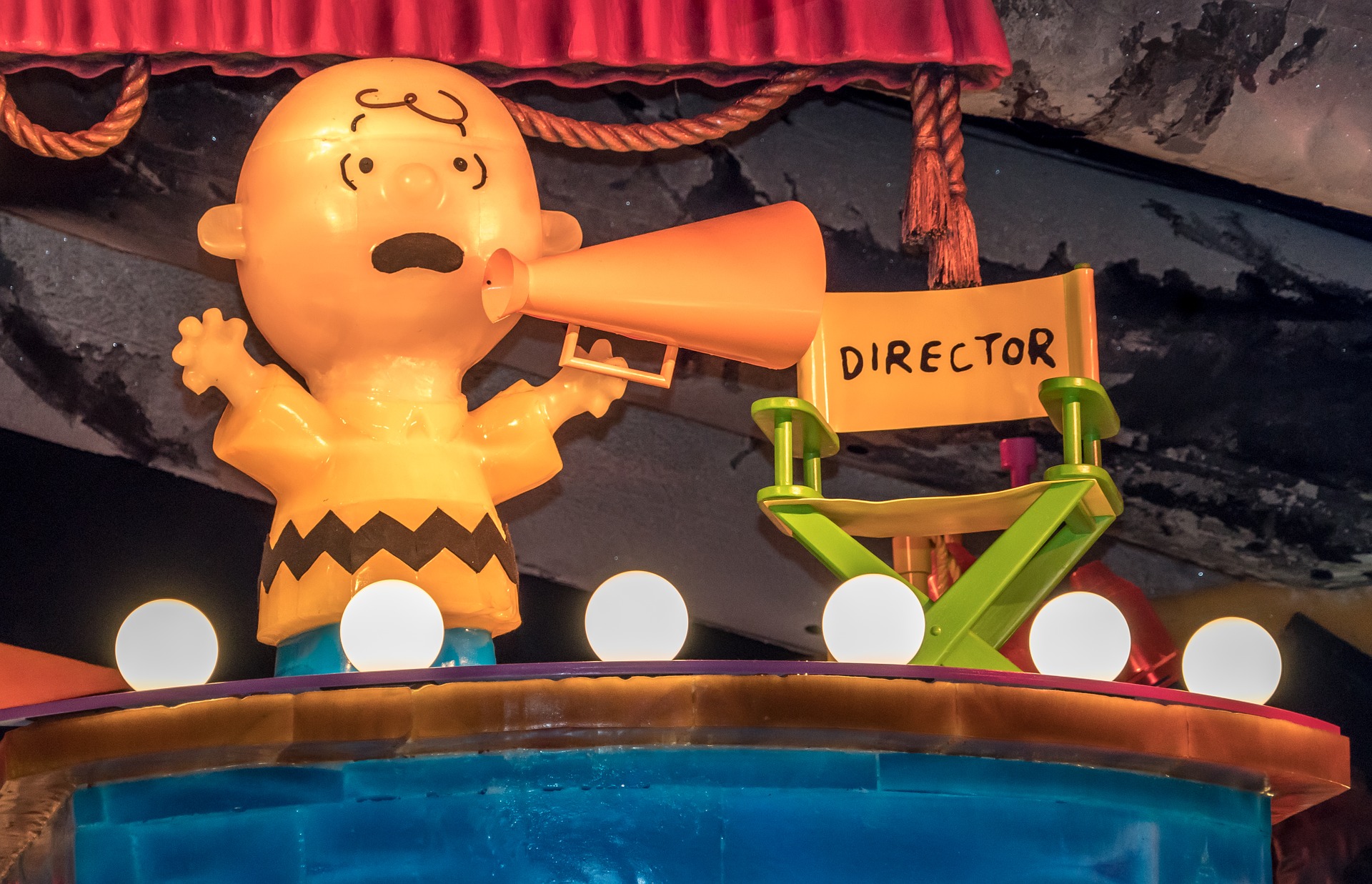 And so, I proceeded to do my best to represent the client. I actually got a good result, surprisingly. Then as I was speaking to opposing counsel out in the hall, and he served me with the papers for the hearing, we realized that the case I appeared in was the wrong one. I had the correct opposing party, but I had appeared and argued for the wrong client! Counsel told me my matter was in another department – he was also handling that matter as it turned out.

Now what?! I immediately realized I had to fix my screw up. I went back into the packed courtroom and explain to the Bailiff, who then explained to the Judge, that I had appeared in the wrong matter. Needless to say, both the Bailiff and the Judge found it highly entertaining.

The Judge leaned forward from the bench with a big smile on his face, “Ms. Powers what’s this that you appeared in the wrong matter? Is that correct?” All I could do was shrug, smile and affirm, “Yes, that is correct, your honor.” I was mortified, but those were the facts. The Judge and Bailiff had to have known I was a brand new attorney given the time of year and my bar number, and well, for them and everyone in that courtroom, this was something novel. (Actually in over 20 years of appearing in court, I have never seen it repeated.)

The Judge then turned to the courtroom and asked, “Is the correct counsel for this case present?” Counsel for the party I had accidentally stepped in to represent was still in the courtroom. He was an older gentleman. When the Judge asked him why he had not gotten up and protested my appearance, he stated, “She seemed so confident and sure of what she was doing your honor. I thought my client had replaced me and not let me know.” He had just sat there and not said a thing. I think the Judge thought that was even funnier than my standing up for the wrong case in the first place.

I learned something important with that counsel’s observation – act like you know what you are doing and most people will believe you do. Even when the script gets thrown out, and all you can do is wing it to the best of your abilities. In such situations perfection is not even on the radar (at least for the vast majority of us), all you want to do is survive relatively unscathed. 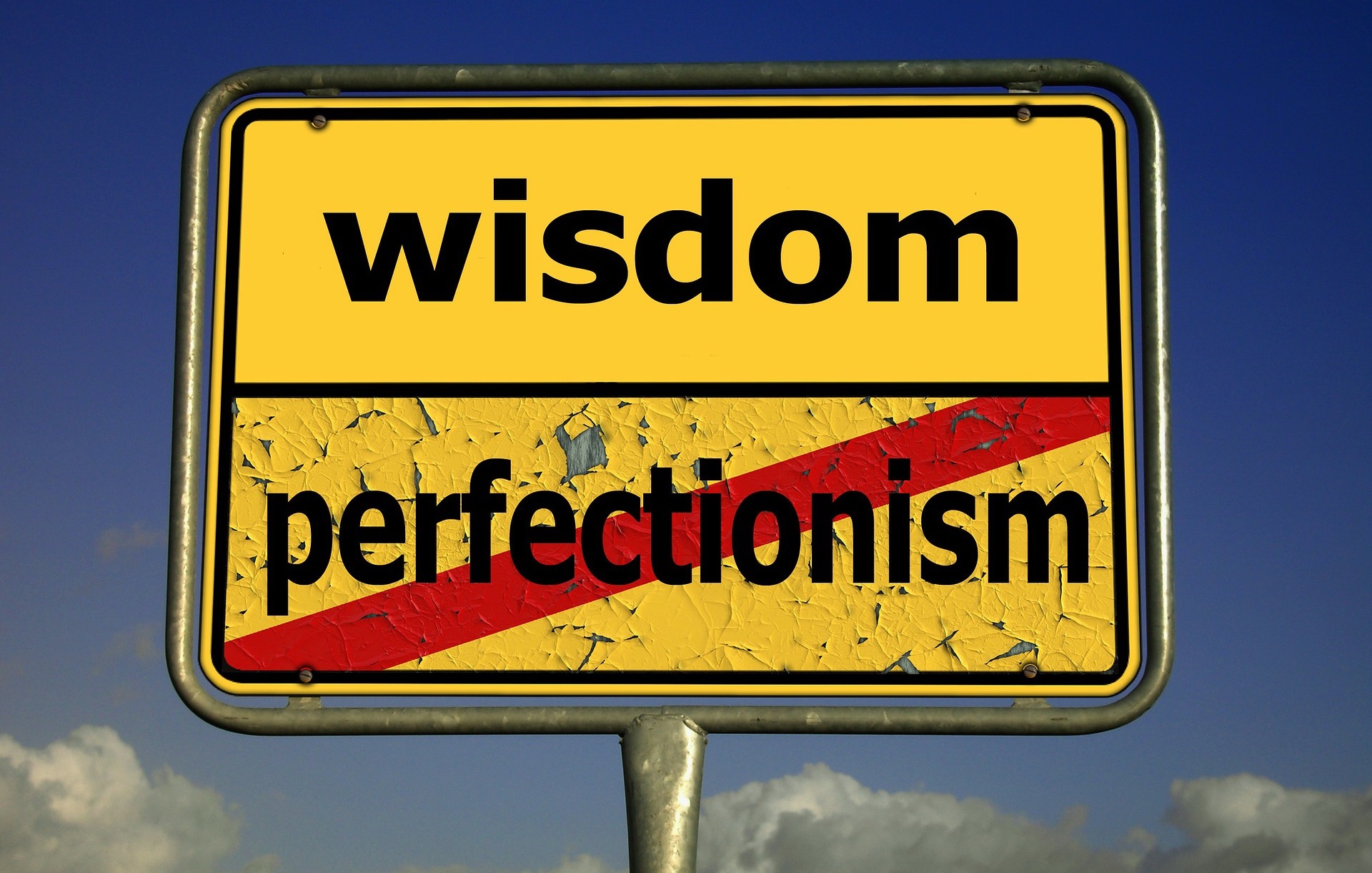 When I got back to the office, the partner in charge of the client loved the story. He thought it was great – after all, no-harm-no-foul, and, he declared, “You got up there and danced as if you knew the tune!”

Dancing as if you know the tune when you have no (or very little) idea of what is going on is an important skill in all aspects of life. There are always things that come up that require you to go with the flow – let go of control and do your best. They happen at the office, on trips, in front of juries, during presentations or events, and especially with raising kids. If your quest for perfection is too rigid, it will deprive you of the flexibility and creativity you need to be able to adjust to life’s unscripted challenges.

Learning to let go of control is a huge asset, and it is not something most of us ever master. It is a practice that you cultivate, much like mindfulness. Learning to let go of the need for perfection will help you do your best, no matter what. Just like when I made that first court appearance and found myself in a hearing I knew nothing about that I then had to go back and publicly correct. What a mess, AND it turned out alright, along with me learning a few valuable lessons. 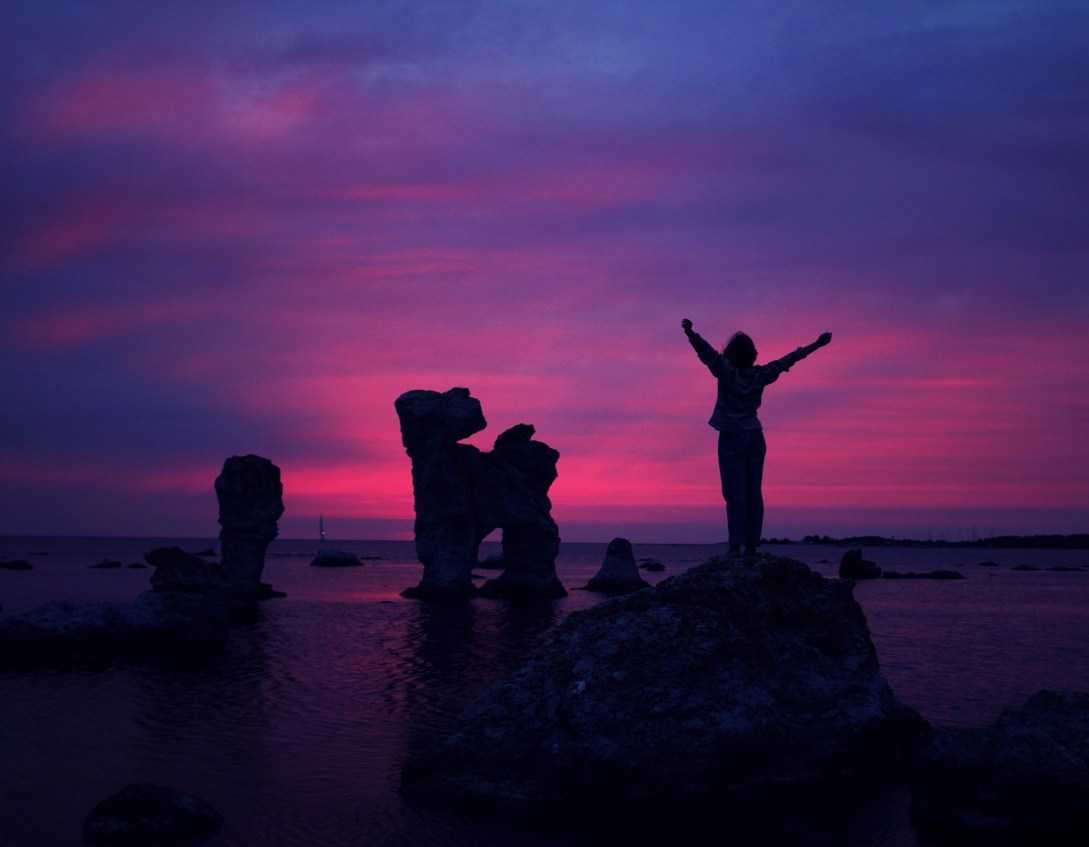 The fact is, most of the time your best will be good enough. Sometimes you will end up embarrassed or having to admit you are human and made a mistake. Usually, people and circumstances are forgiving, I have found. Good enough is all you need, really. Rarely are the majority of us dealing with life or death consequences, but we feel as if we are and therein lies the issue. Practice letting go of control. Practice reminding yourself that if something goes off plan the consequences really will not be as dire as you feel. Remember to breath.

Prepare for what is within your power to control. There is no substitute for putting in the time to know your stuff. Look how I kept saying my name! But seriously, for life and all of its events, major and minor, after a certain point we all have to dance to the tune.  Whether we have heard the tune before or not and whether we even have a sense of rhythm. There comes a point in time when things start moving, and you have to simply let them unfold and see where they go.

Understand and learn to live with the fact you are human and so is everyone else. Perfection is a wonderful goal, but an illusory one. Relaxing into reality will help you actually be more creative and nearer to perfection, as well as quite a bit happier in the end.

Have you ever had to dance without knowing the tune? I would love to hear your story. Send me an email and tell me about it.

Do you struggle with perfectionist or control issues? If you do, and you would like some support to learn how to relax into reality, let’s talk – there is no time like the present to get some tools to help you thrive.